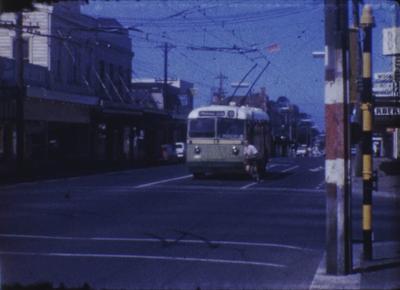 Short segment of a moving tram outside with advertising, potentially at Matakohe.

Footage captured at MOTAT: Waiakto Breweries Ltd truck in garage; tram no. 253 driving on rails at MOTAT site 1, including stopping outside the pumphouse and tram sheds, conductor moving the tram poles

Film reel housed in original casing, which is made of bright green plastic.