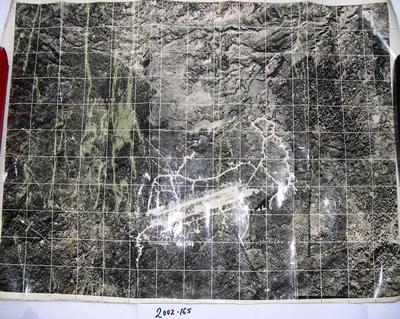 Description
Black and white copy aerial photograph of Vunakanau Airfield in East New Britain Province, Papua New Guinea.
This airfield was constructed by the Royal Australian Airforce and operated during early World War Two. In 1942 Japanese troops took control of the airfield as part of an occupation of Rabual area in Papua New Guinea. In 1942 - 1943 Vunakanau Airfield was exapanded by Japanese forces and used until 1944.

Aerial photograph is overlayed with a grid and printed notes of locations in area including: 'Vunakanau A/D.' 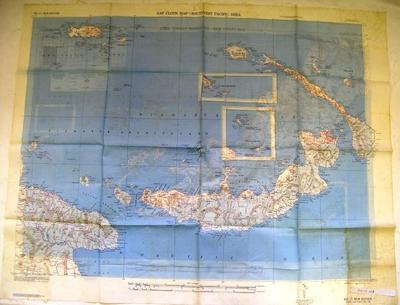 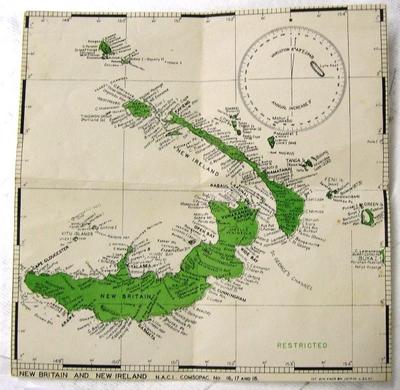 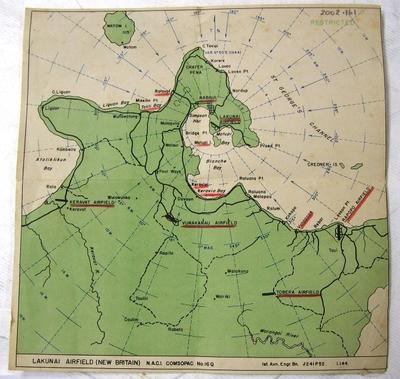 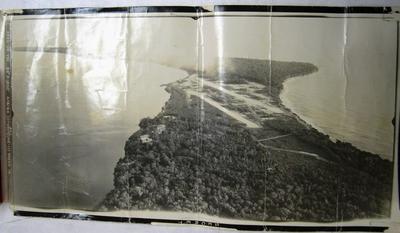