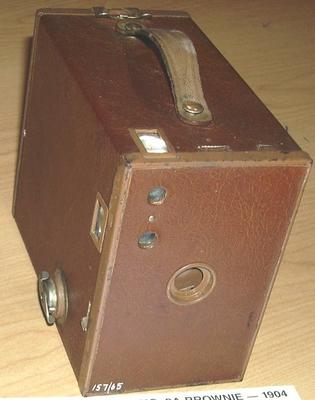 Brief History
The casing of early Brownie cameras was made of heavy cardboard covered with black leatherette. Metal cases, as this camera has, were introduced to the 2A Brownie in the Model C version in 1924. The camera was also available in a limited variety of colours.