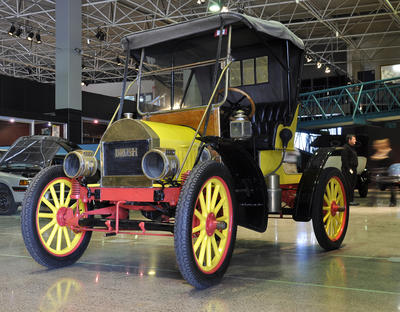 Brief History
This type of car represents the transition from the very first motorised cars, also known as ‘horseless carriages’, to mass produced vehicles. The Liberty-Brush was imported from the United States of America during the 1970s.

Named after its designer, Alanson P. Brush, who designed it as a cheap, lightweight car. Constructed from wood, the vehicle quickly became outdated by their metal-bodied contemporaries. The limited production run of these vehicles was between 1907 and 1913. The Liberty-Brush is a simplified version of the Brush Runabout, and cost US$350. The motor runs anti-clockwise and must be cranked in the opposite direction to all other cars.