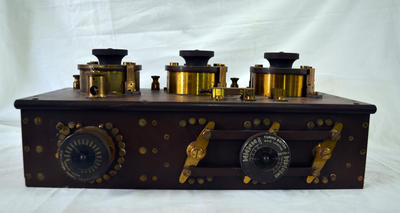 Description
A Marconi multiple 3-stage tuner used with a Detector such as the Marconi Magnetic Coherer. A wooden base with two dials on the face and three brass fittings on the top.

Brief History
Guglielmo Marconi (1874-1937) was an important figure in the development of radio. An Italian physicist, he invented a wireless telegraph in 1896, and then worked on the development of shortwave wireless communication, a foundation on which modern long-distance radio is built.
Equipment like this Multiple Radio Tuner, made by Marconi’s Wireless Telegraph Company around 1907, was used on land and on ships including the RMS Titanic, which was able to use the technology to send distress calls. The technology was superseded during World War I. 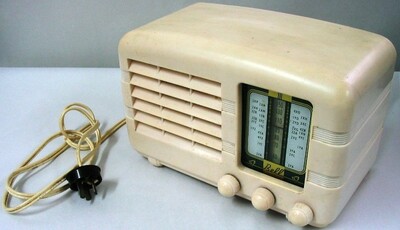