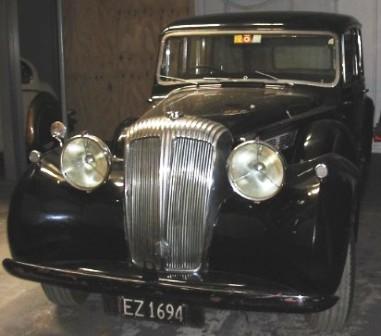 Description
1948 Royal Daimler Landaulette with straight 8 cylinder engine, 32 HP, 4.6 litre, pre-selected Daimler gearbox with 4 forward speeds and one reverse. Used for the Royal tour of New Zealand by Queen Elizabeth II in 1953-1954. Vehicle has been converted to a hearse. 'LUCAS' headlights.

Brief History
Used by Queen Elizabeth II who toured New Zealand in 1953-1954. As the first royal tour of New Zealand made by a reigning King or Queen, the tour drew huge crowds.

Imported in the late 1940s, this Daimler Landaulette had been purchased by the New Zealand Government for an earlier royal tour. King George VI, father of Queen Elizabeth II, had been scheduled to tour New Zealand and Australia in 1948. In preparation for this tour, this car, plus five other similar vehicles were purchased and shipped to New Zealand from Britain. The tour was postponed when King George VI became too ill to travel, and the cars were put into storage. His health did not improve and he eventually died in February 1952. Following her father’s death Elizabeth was crowned Queen and the car was used for the Royal Tour the next year.

Six of these vehicles were purchased to tour New Zealand, and six for Australia. Out of those twelve, five were landaulettes, four were convertibles and three were limousines. A landaulette has a folding roof over the rear part of the vehicle.

In 1955 Auckland Funeral directors W. H. Tongue and Sons bought the car for £1700 and had it converted into a hearse. Hearses are used to carry bodies to the site of burial or cremation. After 15 years of service as a hearse it was donated to MOTAT in 1970. 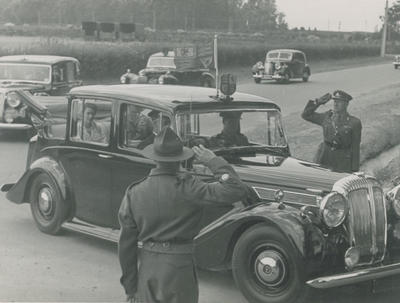 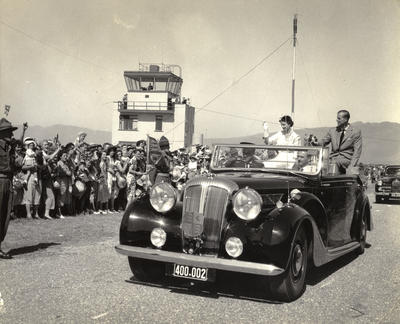