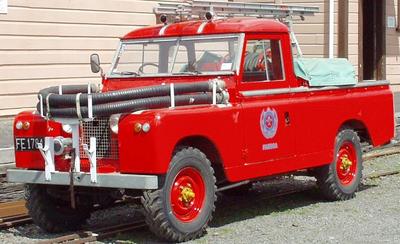 Brief History
During the 1950s New Zealand Fire Brigades operated imported Land Rovers fitted with rear mounted pumps. These were reasonably common in rural areas and were very versatile. They were able to carry people and equipment to areas difficult to access in a regular fire engine. Both short wheelbase and long wheelbase Land Rovers were used - this example has a long wheelbase.

This example served at Paeroa and at Hahei before coming to Motat.