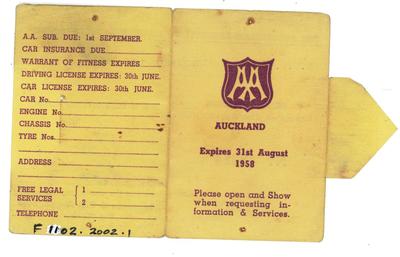 Automobile Association (Auckland) membership card. The membership cards issued from August 1957 through to the expiry date of August 1980. Light cardboard in buff yellow colour while the colours of Font and logo changed throughout the years.

The card issued in 1965 card has interior printing upside down.