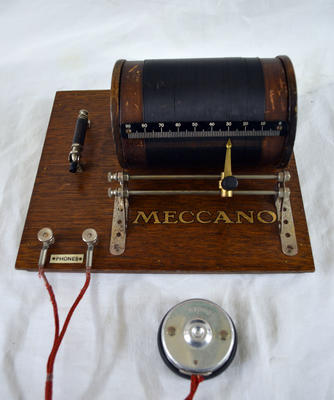 Description
Meccano Crystal radio with a wood base, wooden rounded coil, metal tuner bars. A complete example of a rare, early crystal radio. These sets were produced in a hurry to comply with the BBC licensing requirements. A year later in 1923, they had ceased production.