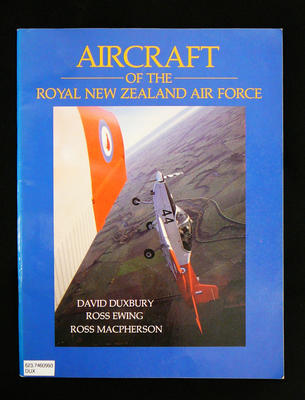 Description
"Aircraft of the Royal New Zealand Air Force is being published to mark the fiftieth anniversary of the RNZAF. It combines a colourful history of military aviation in New Zealand with a comprehensive directory of all aircraft types operated by the RNZAF and other services. For each aircraft, there is a historical summary, serial numbers, engine information, and a photograph. With over 100 illustrations, including eight pages in full colour, this is a book that will appeal to aviation enthusiasts of all ages." - back cover