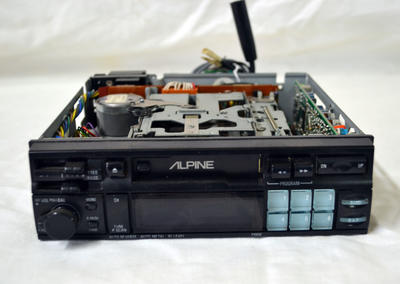 Brief History
Commercial car radios date back to as early as 1930, when a Motorola model became available in America for the grand price of $130 US. Prices began to come down and quality improved although until the 1950s car radios were only capable of receiving AM frequencies.
Alpine Electronics was established in Japan in 1967 with a focus on developing products for the rapidly growing Japanese automotive industry. The company began producing car radios in 1969. Cassettes began to be integrated into car radios from the 1970s, and by the 1990s were increasingly entering the digital age, like this model capable of programming 6 stations into memory and automatically changing the side the cassette tape was played from, without the driver having to remove and reinsert the tape. 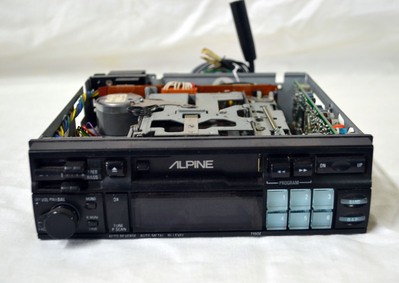