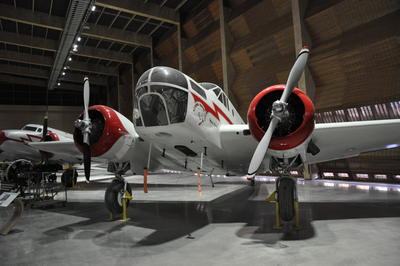 Description
Model 18. Twin-engine monoplane, originally designed for use as a military trainer, but retrofitted for aerial mapping projects. Twin engine (450 HP Pratt & Whitney R-985-AN-1) with double-bladed propellers. The propellers are painted grey with black, white and red stripes. The fuselage is painted white with a red and black stripe down the length of the fuselage. Named "Manu Ruuri" and painted in black on either side of the nose. NZ Aerial Mapping Limited logo on either side of nose, includes red lettering and black details (black camera and stylized wings) and a red map of NZ. The rudders on the empennage are also painted red. Perspex panels for cockpit and nose (to offer a clear view), 4 circular Perspex windows on either side of the fuselage. Door on port side. The aeroplane can accommodate pilot, navigator and camera operator. Consists of metal structure with smooth skin riveted to bulkheads and stringers.

Beech AT-11 Kansan Airplanes Museum of Transport and Technology 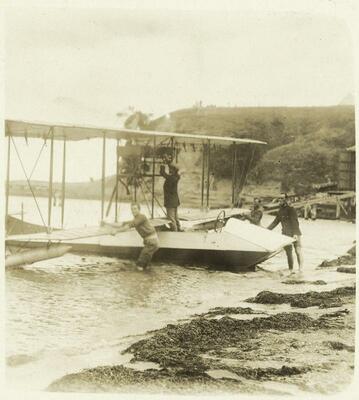 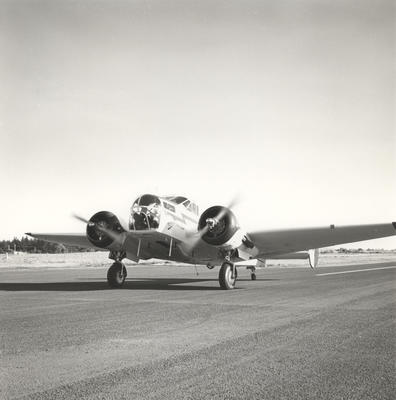