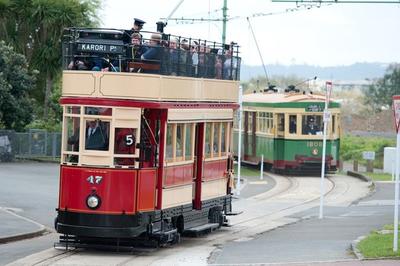 Brief History
This is one of six double-decker trams built in 1906 for the Wellington City Tramways Corporation by the Wellington coachbuilding company of Rouse, Black & Son. American built Brill 22E “Eureka” trucks were then fitted to the body in the Tramway’s workshops. The tram had its first test run Saturday, 19th January, 1907 and entered service on the Jervois Quay run after midday Monday, as reported by the Evening Post, Monday, January 21, 1907. No. 47 worked on the Wellington tram system until 1954 as a passenger car.

Originally these trams had 93 seats and contained five separate 'Palace' compartments with sliding doors and running boards on each side. The conductor had to collect the fares from the lower floor by climbing along the running boards. This led to a number of accidents and, in some instances, the death of conductors. A law was passed in 1913 which mandated trams having central aisles for the safety of conductors. In 1914 the lower decks were rebuilt to have two saloon compartments with a centre entrance and an exit at the rear for those upstairs.

After being withdrawn from service, no. 47 was due to be scrapped. However, it was realised a double decker tram was required to maintain the Hataitai tram tunnel, so the tram had its upper seats and Destination boxes removed and became a ‘works tram’ until 1962. The Hataitai tunnel rails were later paved over, allowing Trolley Bus and tyred Tower Wagons to operate through it.

In 1957 the Old Time Transport and Preservation League of Auckland requested preservation of trams 47, 135, 301 and a Fiducia example from the Wellington fleet. These were kindly kept in the back of the Newton tram sheds until closure of service in May 1964 before coming to their home in the MOTAT Collection. 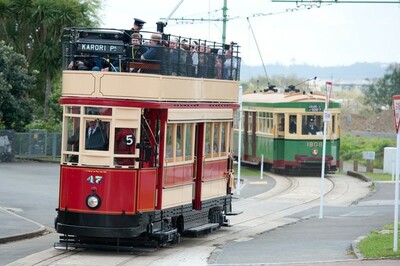 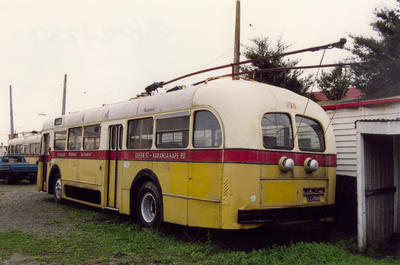 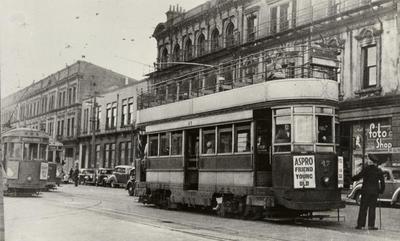 Thank you for alerting us to this error. The record has been corrected.

The tag Targus Corporation Manufacturer tag is incorrect. Per the description. Coach builder for the bodywork is Rouse & Black of Wellington. Trucks by Brill, USA Model 22e “Eureka” trucks.