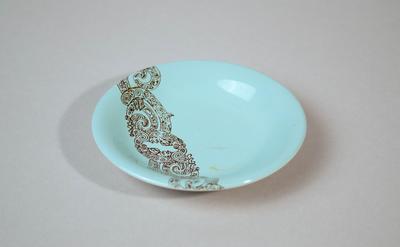 Brief History
This dish is part of the tableware produced for Air New Zealand's DC8 aircraft service. The duck egg blue series began in 1965 and ran until 1972. This series was designed with vitrified ceramic to be durable, but thin and easily stackable for service. The motif represents the stylised head of a whale, often depicted on Māori pātaka or storehouses. 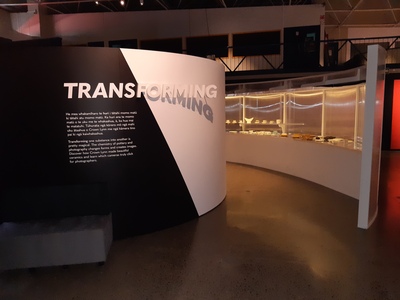