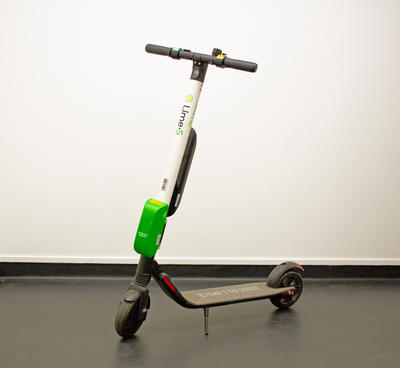 Lime played a pivotal role in the introduction of shared-use scooters to New Zealand in 2018, working with NZTA to legalise the use of e-scooters, and with Auckland Council to gain permission to use them in Auckland. To support these negotiations, two Lime-S SK2 e-scooters were imported to use as demonstration models. In October 2018, Lime launched a fleet of 600 Lime-S SJ2.5 scooters in Auckland as part of Auckland Council’s first trial, and 400 in Christchurch. They were the first e-scooter rental to launch in New Zealand, although other companies have since operated in towns and cities across the country, in some locations eventually replacing Lime.


MOTAT’s collection includes four models of Lime scooters, representing 2018-2019 when Lime was a dominant player in the e-scooter rental market in New Zealand. The SK2 scooter is one of the two 2018 demonstration models. It also shows Lime’s practice of continual improvement - the metal forks on the front wheel were made in the workshop in the company’s Eden Terrace, Auckland, warehouse to improve the durability of the scooter. If you rode a Lime in Auckland, Christchurch, Dunedin, Hamilton, or Selwyn in 2019 then you will be familiar with the SJ2.5 scooter.


Lime’s stated aim is to lead the way on sustainable micro mobility by providing an alternative form of transport for short distances that is less damaging to the environment. Although not the first e-scooter rental company to launch globally, Lime was among the first, launching in America in February 2018, after Bird in September 2017 and Spin. All three, and the many others that followed, use rechargeable batteries to power the scooters, significantly reducing emissions in comparison to a car. When in use, an e-scooter produces no emissions, however emissions do result from their manufacture, charging, and the collection and distribution processes wrapped around rental e-scooters, meaning that emissions can be higher than shared transport modes such as buses. Rental e-scooters also have a shorter lifetime than privately owned e-scooters, often much less than the current projected lifetime of one to two years, due to the increased wear and tear of multiple users. Lime attempt to minimise waste resulting from these short lifetimes by re-using parts from decommissioned scooters for repairs.


Lime’s regular upgrades to their scooter design are focused on safety and longevity, which is essential to both Lime and the e-scooter rental industry. The SN2.5 model, designed and manufactured by Segway, was a move away from in-house design. Battery safety issues meant it was never put into use in New Zealand although it was used in America. After this Segway model Lime returned to in-house design, with manufacturing outsourced to multiple facilities where Lime team members are present.


The Gen 3 model was designed in-house by Lime in 2019, taking the learnings from previous models and making improvements specifically for the shared e-scooter economy, with rider safety the key focus. The safety of both riders and pedestrians has frequently hit the headlines, particularly a fatality in September 2019, and 26% of claims received by ACC have been for serious injuries. Recent data from ACC shows that injury claims related to e-scooters hit a peak of $6.5 million in 2019 and have since been on a steady decline. E-scooter rental companies and councils have worked to address safety concerns through codes of practice, slow speed zones and the provision of helmets, such as the example in the MOTAT collection, which Lime provided for a time in its “First Ride” safety training for new riders.


Four Lime Gen 3 scooters were brought to Auckland in 2019 as demonstration models, as Lime proposed to introduce them to the city in December 2019. However, following Auckland Council’s second e-scooter trial, from April to October 2019, Lime lost its licence to operate in the city, along with Wave, which had also participated in both the first (October 2018 to March 2019) and second trial periods. The Gen 3 e-scooter therefore didn’t make it on to Auckland streets, however we can see a major change in the design of this model with the battery moved from the stem to the base, and an increase in base size also improving the weighting of the scooter. This model also features larger wheels, rear wheel drive rather than front wheel drive, a lowering of the handlebars from the previous model to better suit the range of users, and a larger LCD screen which was able to display maps. Four of eight applicants - Beam, Flamingo (based in Wellington), Neuron and Jump - were successful in obtaining licences to operate in Auckland at the end of the second trial period. In September 2020, however, Lime re-entered the Auckland e-scooter rental market after it purchased Jump from Uber.


E-scooter technology developed quickly within the first year of Lime launching in New Zealand, with a rapid evolution and introduction of new models. In late 2019, Lime was exploring removable batteries to allow batteries to be changed out rather than the full scooter being collected when recharging is needed. Scooter fleets are managed by an operations team which uses GPS, mobile network and QR code technology. This technology flows through to the app that allows users to locate a scooter and then unlock it by scanning the QR code to start riding. The cost of the ride is charged to the user's credit card when the ride finishes. QR code and smartphone application technology is integral to the e-scooter rental market and harnessing this allows ongoing responsiveness, for example the use of geo fencing to manage slow speed zones.


The recent growth of e-scooters is fuelled in large part by the rental companies now operating globally. E-scooters have been available for private purchase for approximately a decade, however the explosion in their use came with the introduction of rental e-scooters, which removed the considerable expense of purchasing. Today’s e-scooters are not, however, the first motorised version. Scooters, powered by a kick of the rider’s foot, first emerged in the 1800s, with the first motorised scooter, the Autoped, launched in 1915 and enjoying a brief period of popularity in America before it ultimately failed as a commercial enterprise. Scooters remained popular as a children’s toy, in a simple form largely unchanged for decades. It remains to be seen whether e-scooters continue their rapid global growth, however for now they appear to be a relatively well-established transport option in New Zealand’s larger towns and cities. 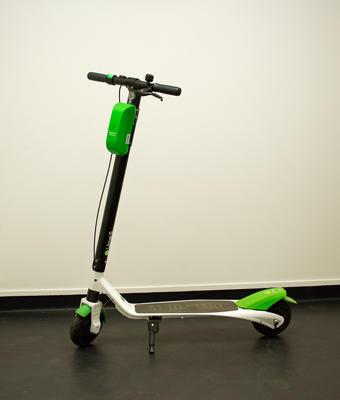 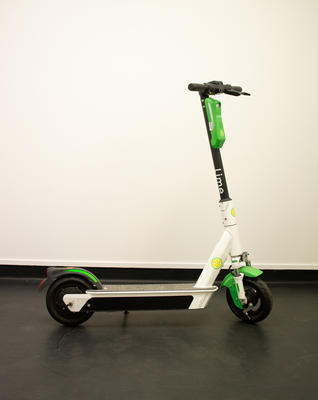 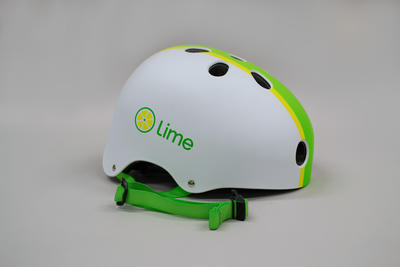 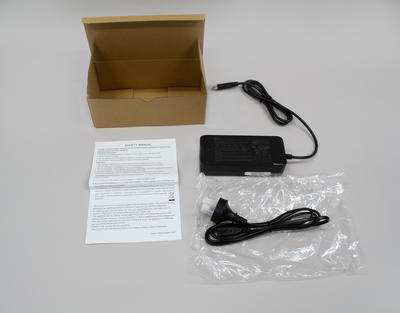 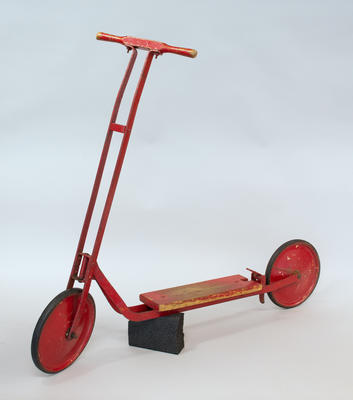