The Trekka: A utility vehicle for the New Zealand market 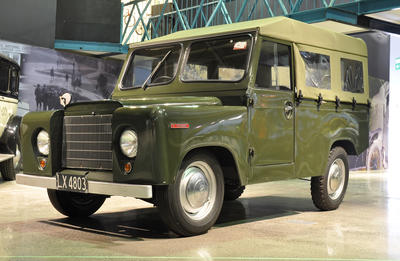 Motor vehicles have offered an ideal transport method to move around Aotearoa, a population dispersed over a relatively large land area with rugged terrain (Pawson, 2014). By 1912 there were over 1000 Ford Model Ts on New Zealand roads and vehicles were increasingly present in rural areas, easing urban-rural communication (Webster, 2021). The early beginnings of mass car assembly in New Zealand from 1921 helped to make vehicles more accessible – arguably cementing motoring as a key form of transport in Aotearoa. In fact, New Zealand had 4.1 million vehicles in 2017, an increase of 23% over a ten-year period (Te Manatū Waka, 2020).

Today, the vehicle market in New Zealand is largely made up of vehicles assembled overseas and imported into the country, since import tariffs lowered in the late 1980s. Import tariffs were first put in place on assembled cars imported into New Zealand in 1907 to protect the interests of national coachbuilders and car assemblers, and taxes continued to be regulated over the following decades (Pawson, 2014).  This was the stimulus for growth in the New Zealand car assembly industry, along with the technology shift away from horsepower (Webster, 2021). However, it could mean long waitlists for those wanting to buy vehicles, which was part of the stimulus for the Trekka having a body made from locally sourced materials.

The inception and development of the Trekka was led by Noel Turner and Phil Andrews, each with careers in the car assembly and sales industry. In 1956 Andrews had helped arrange the Škoda franchise for New Zealand’s Motor Lines, with the first one coming off the Ōtāhuhu assembly line in 1961 (Niall, 2004). Motor Lines Limited was formed in 1938 by Andrews’ grandfather and originally imported tyres and oil into New Zealand. However, these import licenses became increasingly difficult to secure when emphasis on local production was renewed after WWII and Motor Lines effectively lost their franchises for both tyres and oil (Andrews, 2004). In 1950 the company turned to importing and assembling vehicles – the Alvis and Renault franchises before the Škoda franchise was arranged (Andrews, 2004).

When assembling the Škoda Octavia sedan model, Andrews noted the separate chassis with a drive train and engine on it and, in 1965, negotiated a deal to import the chassis only with motor vehicle trading agency MotorKov (Czechoslovakia, now Czech Republic and Slovakia) (Webster, 2021).  Andrews' idea was struck for a vehicle with a body designed, manufactured, and assembled in New Zealand. Noel Turner of Motor Industries was also interested in this idea, as he was mindful of the impact that termination of the Volkswagen franchise would have on the assembly factories operated by Motor Industries (Niall, 2004). This concern was paired with the business prospect of increased volume and economy of production, a possibility brought about by manufacturing vehicles with more locally sourced materials (Niall, 2004). Together Andrews and Turner formed Motor Lines Wholesale to firm up their plans for the Trekka. Soon after, Turner bought out Andrews, who went into semi-retirement but stayed on in an advisory capacity in the early days of Trekka development (Niall, 2004).

MOTAT’s prototype also features the dual handbrake system from the first prototype, engineered to help improve traction. This system allowed one or the other rear wheels to be individually locked by the driver so, if one wheel was spinning, power was transmitted to the other wheel to help the vehicle move again (Taylor in Niall, 2004). Taylor reflects that this system was eventually abandoned because “…if you didn’t know the tricks of the vehicle, it was probably very dangerous…” (quoted in Niall, 2004, p. 234).  To address traction performance a modified differential was later developed by local motor-sport company, Performance Developments.  In slippery conditions, power would be automatically transmitted through the rear wheel that still had traction – taking away the need for drivers to apply brakes to either wheel individually (Niall, 2004).  Despite the Land Rover-like appearance, Trekkas had rear-wheel-drive not four-wheel drive, but they did sometimes see use as off-road vehicles thanks to this modified differential.

Trekkas were produced at Motor Industries’ assembly plant in Ōtāhuhu using parts from the Škoda Octavia Combi. Between 1966 and 1973, 2,500 Trekkas were built. The secret of the Trekka's success was not only that a high proportion of its body was produced in New Zealand, allowing for a more favourable import license for Motor Lines to bring in more lucrative Completely Built Up (CBU) cars, but that the Škoda components were purchased at low prices from MotorKov. Andrews' negotiating this deal was also a reflection of the Iron Curtain context, when Western currency was seen as valuable by the Soviet Bloc at this time (Niall, 2004). This made the Trekka one of the cheapest vehicles available in New Zealand, marketed at an affordable price to the buyer – first available in 1967 for £899 (approximately $33,500 NZD in 2020 according to the Bank of England’s inflation calculation). This meant it was 68% cheaper than the cost of a Land Rover, which it competed with at the time as a utility vehicle on the New Zealand market (Niall, 2004).

Though, Niall (2004) writes cost alone was not the only barrier to car ownership for New Zealanders. Imported cars would be allocated to those who could pay 35% of the cost in a preferred overseas currency – generally Pound Sterling, with vehicles being mostly imported from the United Kingdom – a practice eventually made illegal (Niall, 2004). So, although you could purchase a Ford Cortina de luxe for NZ£1017/$2034, you were required to have 35% of that up front in Sterling, as opposed to a down-payment of NZ $£125/$250 for the Trekka (Niall, 2004). In addition to this, the Trekka could compete with lengthy wait lists for vehicles that arose from restricted import allocations. Unlike popular models of Ford, Holden, Austin and Vauxhall, which had the longest waitlists, the Trekka was readily available (Niall, 2004). For several years the Trekka was a steady seller in this country, Australia and Indonesia, but the relaxation of import restrictions saw it swept aside by mainly Japanese branded vans and utilities.

MOTAT’s Trekka is recorded in the Collection from 1982 and a condition note at the time cites need for restoration.   The vehicle was subsequently restored by the Road Transport Team with considerable efforts by volunteer and auto-electrician Ken Ramsay, who documented the restoration in photographs.  In an oral history interview, Ramsay discusses cleaning each part and laying them out to create a visual record, an album which is now part of the Walsh Memorial Library’s Institutional Archive. Since restoration, the Trekka has been included in road transport exhibitions hosted by MOTAT including 'Accelerate: Driving New Zealand' currently at M1.  In 2003, a Trekka was a key piece in the installation by New Zealand artist Michael Stevenson at the 50th Venice Biennale and playfully highlighted the context discussed in this topic - where socio-political factors aligned to produce a New Zealand-made vehicle, which depended for its existence on parts produced in Communist Czechoslovakia.

•   Collection information is continuously updated by MOTAT as more of the Institutional Archive is catalogued and scanned.

The Trekka: A utility vehicle for the New Zealand market 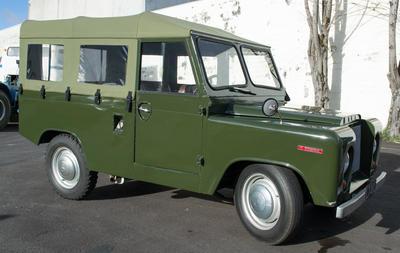