The Flying Kiwi: A Photo Essay 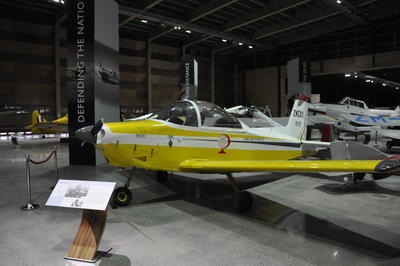 Cliff made the flight because he wanted to highlight the high-quality manufacturing of aircraft in New Zealand — to grow our export market beyond agricultural goods.
Cliff was away from his family and Hamilton home for 80 days and 5.5 hours, with one flight taking as long as 13.5 hours when he flew from Bali to Darwin.
You can see the interior of the cockpit below, which he shared with a spare drum of petrol in the passenger’s seat!

Cliff took off on 12 May 1969 at 9.30am, heading north through the Pacific and onto Japan, where he was hosted by a group of Tokyo locals.

In the political climate of the Cold War, Cliff was denied permission to fly over Russian air space so he was forced to ship his aircraft from Tokyo to Seattle. He fashioned a tool called a ‘wing pulley’ from scrap-metal in the Japanese aircraft hangar to help remove the wings in preparation for stowage.

After making his way to Canada, Cliff met a fellow Kiwi, Jean Allen who was then working as an air hostess for British Columbia Airways. Jean gave Cliff her badge, pinning it to his flying suit!

The early days of food photography? No — Cliff lost 12kgs during this trip, eating mainly snacks and resting for only 4.5 hours a night on average, so it’s no wonder he saw the need to snap this meal!

It was by no means a tourist’s leisurely pace for Cliff, but he did stop in Hamilton, Ontario to mark the halfway point of the journey. A long way from Hamilton, New Zealand — that’s for sure!

Flying in a small aircraft, Cliff had to fly at low altitudes and battle all types of weather conditions. In Greenland, he flew through 12 hours of fog, narrowly missing icebergs.

On his course, Cliff met plenty of generous people:
I learnt more than just how to fly an aeroplane. I learnt about people… people who regardless of race, creed or colour always made me feel welcome. (1971)

Clocking up over 50 stops in 27 countries, Cliff touched down at various points in the United Kingdom and Europe, taking snaps at familiar tourist spots:

In the Middle East, Cliff met with temperatures so hot they nearly melted his radio equipment in the aircraft! If dealing with various weather conditions wasn’t enough, Cliff also had to fill out forms requiring an average of 18 signatures when landing at each destination.

Finally, in time for their wedding anniversary, Cliff touched down in Hamilton, New Zealand on 1 August at 2.56pm. Although wanting to jump out and embrace Joyce and his children, Cliff first had to wait until the aircraft was disinfected before he could open the canopy to be reunited with family.

The Flying Kiwi: A Photo Essay 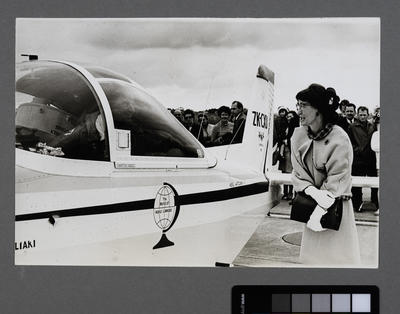 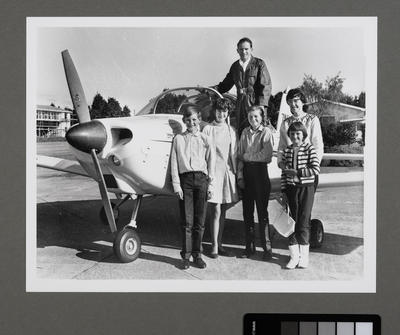 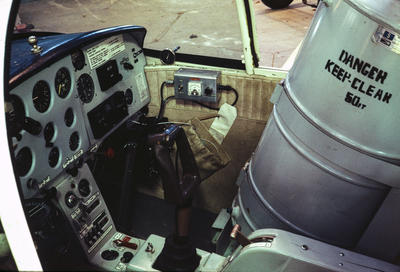 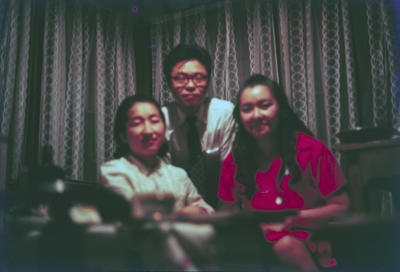 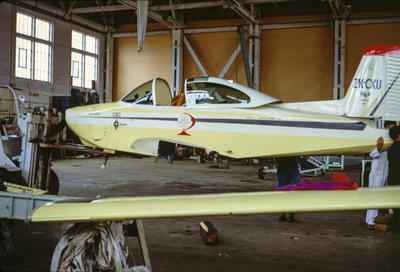 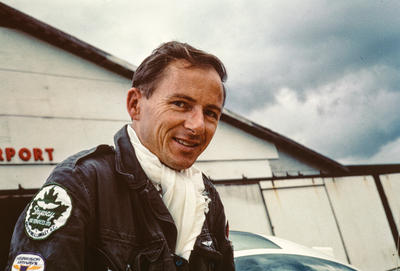 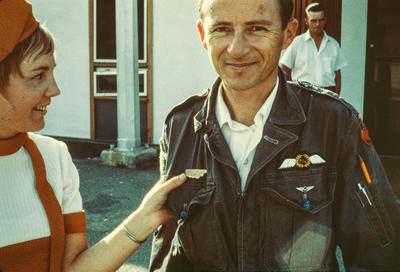 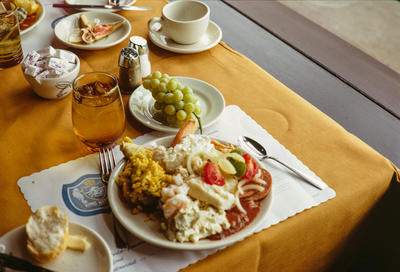 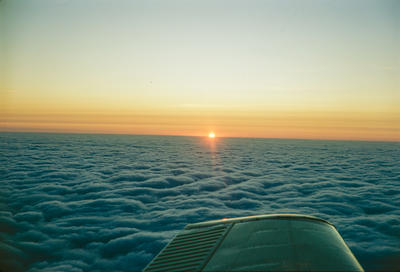