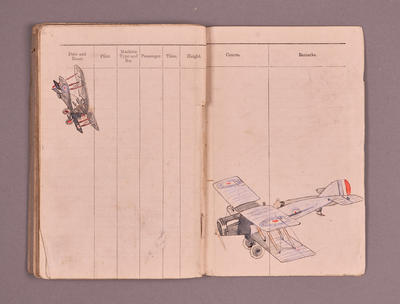 These logs span the impressive 30 year career of Piper from 1926–1959 and cover his time in the Royal New Zealand Air Force, Great Britain’s Royal Air Force, work for Short Brothers and Harland Limited, and aerial topdressing experience in New Zealand. A couple of highlights have been pulled from these logs to take a closer look at Piper’s career, and showcase the type of detail you might find in an aviator’s logs!

Piper’s first log entries cover his early experience flying in an Avro 504 — a WWI biplane. Calm conditions are noted during a joyride over Christchurch and Waimakariri, along with practicing circuits and landing. Piper has also shown off his illustrative ability by drawing this aircraft type on the last page of his first log book.
Log books also contain evidence of record-making flights. For Piper this happened in 1930 when he co-piloted Desoutter G-AATI on an England-to-Australia flight of 15.5 days with Auckland-born pilot Cyril Eyton Kay. Piper’s achievement is acknowledged below where he is shown shaking hands with New Zealand Flying School pilot and TEAL chief engineer, George Bolt.

Possibly most special about these logs is their record of Piper’s work as Chief Test Pilot for Short Brothers and Harland Limited. He is best remembered for work on the innovative Short Mayo Composite project, which aimed to facilitate flying longer distances by having the seaplane “Mercury” take off from Empire Class Flying Boat “Maia” over the Atlantic. Piper piloted the first composite test flights during 1938 in Rochester, England. The first successful “break-up” of the two planes is logged at around 30 minutes after take-off with 9 passengers and crew on board. While this composite did not end up being used for airmail services, we have since seen a similar concept adopted by NASA with their 747 series of shuttle carriers put into commercial service in 1969.

After a nearly seven-year break, Piper took up flying again in 1954 and worked in aerial topdressing until his retirement in 1959 — a practice that assisted New Zealand farmers with applying fertiliser to steep, hilly terrain. These logs capture the diverse and extensive experience of a pilot who worked during a time of high innovation in aviation. They are supported by a lot of other material in the MOTAT Collection including several photograph albums that belonged to Harold Piper showing his other love — motorcycling! 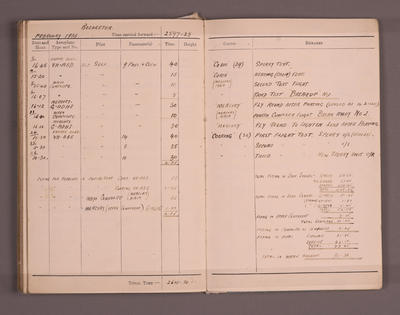 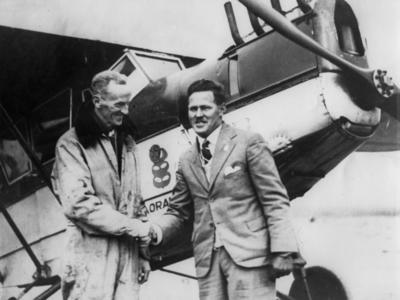 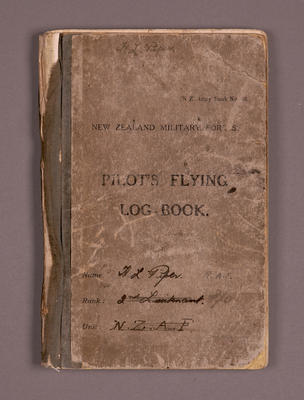