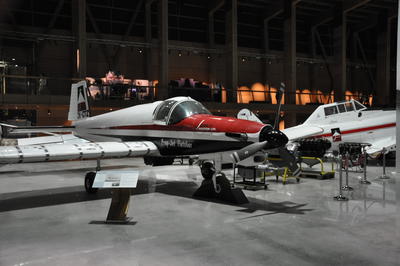 Robertson Air Service Ltd
Guy’s first client was Frank Gardner of Cambridge. ‘I took off from one of his paddocks. I’d never dropped a load before so I was learning. I remember, we were sitting having a cup of tea halfway through the job on the edge of the strip, and he said, ‘I wonder if you’re putting it on the farm. Is it going on the farm, or is it going somewhere else?’ And I said, ‘Every sheep dropping you can find, Frank, that hasn’t got super on it, I’ll give you £5.’ Which I didn’t mean, of course. As it happened, he got up and had a look and he couldn’t find one without super on it — because the dust floated right over. It covered everything.’

Guy had bought his Tiger Moth from a relative, ‘and I didn’t crash it or prang it. Got away with it because in that early stage, there were no decent air strips around. You took off from paddocks and it was really pretty dicey.’
The aircraft had to be modified for topdressing. ‘You had to put a hopper in it. Where the front cockpit passenger or instructor’s seat was, the hopper was put in there and you flew it from behind the hopper. One of the disadvantages of the Tiger was that you got the super [phosphate] blown back in your face when you were flying, which wasn’t very good.’ The Tiger Moth also had no brakes, was under-powered and the forward visibility was poor. ‘It was a great aircraft, lovely aircraft, and did a great job during the war but it couldn’t survive as a top dresser.’

Fletcher FU-24
In October 1953 Wendell Fletcher of Fletcher Aviation Corporation in the United States visited New Zealand to talk with aerial topdressing operators and others in aviation to discuss building a specialist topdressing aircraft suited to New Zealand conditions. Guy recalled that ‘we told him what we needed, and it was agreed — Cable Price said, yes, they would organise the sale of a hundred of these if Fletcher went ahead and built them. So, on the strength of that, Fletcher went ahead.’

The operators were looking for an aircraft ‘that would take a bigger load. Something that had brakes. Modern, with plenty of power and forward visibility. With the Fletcher, we had all that. Low bonnet out the front — you could see everything. It was great.’
The aircraft was designed by John W. Thorp and labelled the FU-24. In July 1954 Guy, along with Ossie James (of James Aviation) visited the United States to check on progress, and Guy flew the prototype. Both were impressed. Fletcher had listened to what topdressing pilots had told them. ‘I was very thrilled.’

While there were other possible topdressing aircraft, such as Cessnas, none had been specifically designed for top dressing and the FU-24 was widely used in New Zealand. Guy felt that it ‘won out because it’s such a wonderful aircraft for the job.’
Guy Robertson died in July 2013, aged 97. 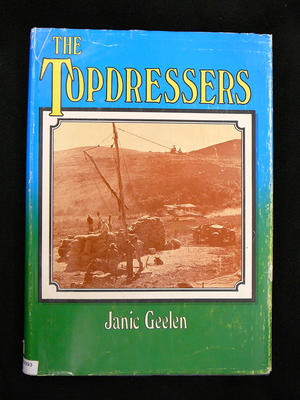 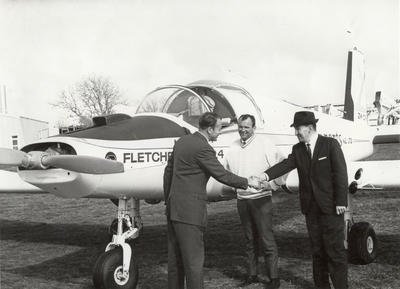