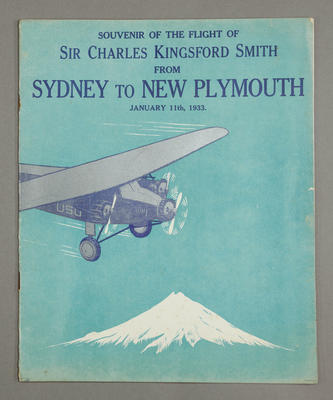 Amateur radio operator Leslie Earnest Birch (1896–1978) was a key member in the communications between New Plymouth’s Bell Block Aerodrome and the aircraft, lending his 100 watt transmitter to the New Plymouth Aero Club for this flight.

At the start of the flight, messages were relayed from the plane to Sydney’s Zero Beat Radio Club operating from the take-off location — Gerringong Beach. As the plane got closer to New Zealand, this process was reversed, and messages were sent to the aircraft from the New Plymouth Station via help from a radio station in Wellington.

Help from the Wellington station was necessary as the plane’s radio equipment was unable to receive short-wave messages owing to electrical interception by the aircraft’s engines. Southern Cross radio operator, John Stannage, wrote to Birch “we have found that the mags. and plugs hurl out such terrific induction that SW [short-wave] reception is literally impossible.” (04/001/065).

Flight success
The flight across the Tasman took a total of 14 hours and 15 minutes, taking off at 4.45am and landing at 7.00pm NZT. Very different to the 2.5 to 3 hours we experience today!

A series of handwritten notes by radio operators record various aspects of the flight, including the plans in the days leading up to the journey:

“Plane has been up yesterday / tests with radio gear satisfactory…”
“Flood lights not necessary stop / Smithy has big light on plane / Get search light though…”
“Advise plane / searchlight on mountain side of hangar…”
“Way off as we expected to be off our course / correct have set course for Egmont / expect to arrive 4.30pm AS time (6/30pm) / will confirm this later / KS / Please let wives know”
“Excellent full moon / no wind…”

Public Reception
Radio operators also helped generate public interest in the flight by relaying the progress which was broadcast to local listeners on New Plymouth’s station 2YB. A crowd gathered to meet “the Old Bus” at the aerodrome where loud speakers were said to be set up to keep the crowd informed of the plane’s progress.

Radio operators played a crucial role in the development of aviation, helping relay important messages to crew to assist with their safe arrival. Leslie Birch went on to have a lifelong interest and career in radio. Read on below to find out more about his ham radio operations, or explore more of the collection here.

Birch also served on the Radio Emergency Corps, an umbrella unit of the New Zealand Association of Radio Transmitters, set up after the 1931 Napier earthquake for emergency management. Birch later became a government Radio Inspector for Post and Telegraph Department in Dunedin (1944). 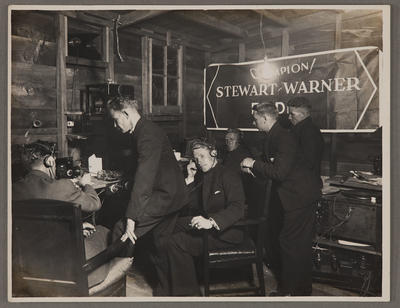 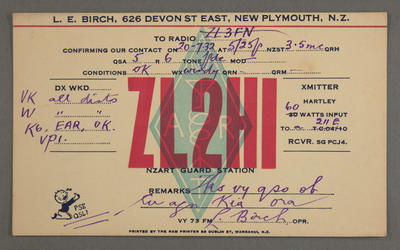 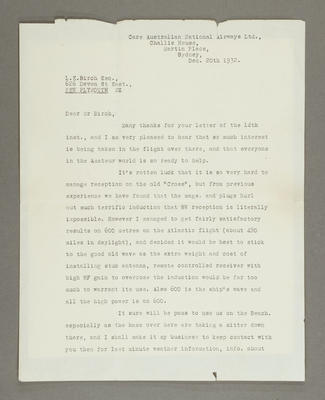 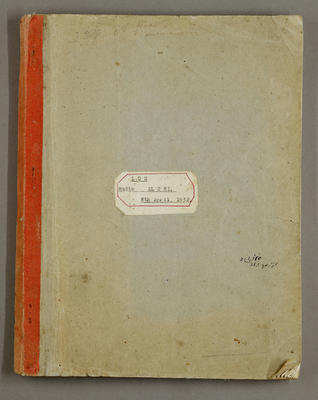 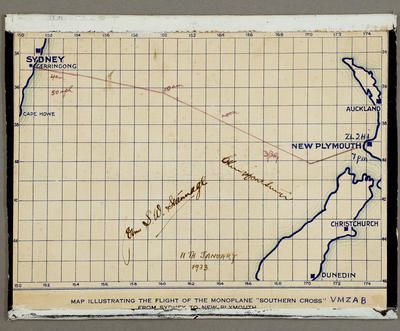