If you have visited the Engineer’s Cottage at MOTAT, you will have noticed this rather grand bed on display. It is a very rare piece of furniture, intricately made by a little-known cabinetmaker. It has an interesting connection to New Zealand’s innovation and colonial history.

A full tester bed is essentially a four-poster bed style that originated in 14th century Europe. The word ‘tester’ derives from the Latin word for head – ‘testa’. The original function of a full tester bed was to protect the owner from the cold and to provide privacy. As houses and heating improved over time, this full canopy was no longer needed. Its design gradually became lighter and more decorative. The half tester bed developed as a result of this – where the canopy only covers the top half of the bed, and uses two posts rather than four. This must have been appreciated in draughty New Zealand villas!

A bed, at first glance, may be an unusual object to see in a museum of transport and technology. However, it is a significant example of design, innovation and expertise - qualities that are shown by today’s inventors and innovators.

Probably the most well-known New Zealand cabinetmaker of the late 19th Century was Anton Seuffert (originally from Vienna). He was a professional cabinetmaker, producing luxury furniture for wealthy New Zealand customers. Seuffert was highly successful and internationally recognised for his furniture – he exhibited pieces at various International Exhibitions in London. In contrast, James Morris worked on a much smaller scale and was not well known. He was most likely an amateur cabinetmaker. While he produced only a few known pieces, those he did produce were of high quality.

James Morris’s family was originally from Bruton, Somerset. He emigrated to Auckland with his family on the William Miles in 1862. He worked for John Henderson’s firm of painters, decorators and paper hangers in High Street. Morris lived in St Mary’s Road, Ponsonby.

Reportedly, Morris worked for two hours every night on the bed, and managed to complete it in just two years (1878-1880).  It was made from 13,701 pieces of inlaid wood. Morris demonstrates great skill in marquetry – creating inlaid wood patterns and fixing each individual piece of wood veneer into place. It was a painstaking process. According to William Cottrell, pictorial marquetry was not common in a colonial context, and was usually reserved for specimen tables to showcase different woods. Morris’s work was not easily replicated, due to the time needed to create such complicated designs. Wholly hand-made furniture was also becoming rarer, as the furniture industry was becoming increasingly mechanised from the 1870s onwards.

Morris created something special with this object. It showcases both his ability as a cabinetmaker, and the beauty of New Zealand Kauri. By making the bed himself, he could tailor it to his own vision – it was clearly a labour of love. His process reminds me of conservation and restoration procedures at MOTAT – working away at a project, chipping away until it is complete. Morris could also be compared to New Zealand inventors and the Kiwi mentality of the number 8 wire, creating something world class using natural materials. You could almost compare him to Paul Barron and his hand-made Merino Wool “woolight” surfboards! (See 2019.106, 2019.115).

This bed is far more intricate than typical beds of the period. These are some of the more unique and unusual aspects - The most striking part of the bed is the decorative trellis, with a vine leaf and flower design. This was carved from a single piece of Kauri. The heptagonal wooden canopy and the hand-carved wooden chain which secures the curtains. The semi-circular footboard with a sunburst pattern in the centre and a geometric border. Trompe-de-l’oeil is used here to great effect. There is also a nod to Morris’s British origins – there are two Union Jack flags in either corner.

This object is essentially a piece of art which reveals more the closer you look at it. However, it remains functional as a bed. He has turned an ordinary object into something extraordinary. It also symbolises permanence – this was a long-term project, confirming that Morris had settled in Auckland permanently. The bed was made in New Zealand using native timber, rather than shipping it from Europe, as was common practice with early colonialists. He created something that would last.
This bed is one of a kind and is one of the few known pieces made by James Morris. It is also - I believe - the only piece held in a public museum. A kauri table and a chiffonier feature in William Cottrell’s book, but both are privately owned. This bed is a valuable part of MOTAT’s collection and is an example of New Zealand innovation. It is a significant part of Auckland’s cabinetmaking history. 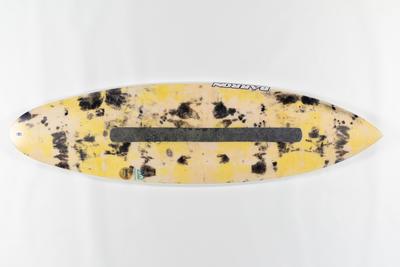 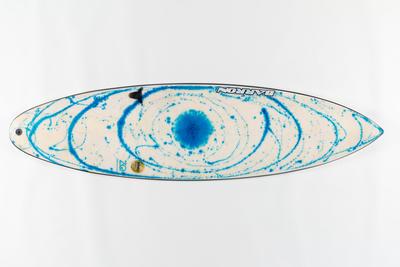