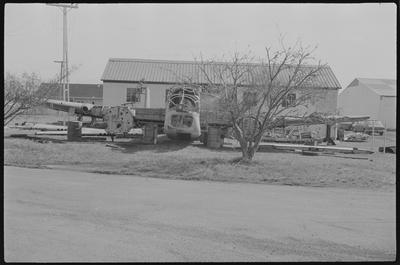 Description
Negative number 31A on a film strip. Image of a Bristol Beaufort airframe in disrepair. View is from front on. Aircraft is propped up on blocks; parts of aircraft are removed and lying in grass. Behind aircraft is a building.