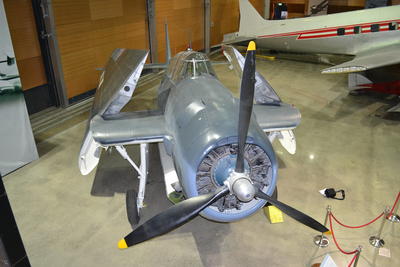 Brief History
The Grumman Avenger was one of the outstanding aircraft of the Second World War. Designed as a torpedo bomber, they were also used for general bombing and as an anti-submarine strike aircraft. Other roles included photo reconnaissance, target towing and transport. The Avenger was used by four armed services: the United States Navy, the United States Marine Corps, the Royal Navy, and the RNZAF.

Over 10,000 Avengers were built during World War II (1939-45), and over 1000 of those went into service with the Fleet Air Arm. Their folding wings allowed many aircraft to be stored on the deck of an aircraft carrier.

The RNZAF operated 49 Avengers, although only 12 were still in service by the end of the War. Most of the RNZAF Avengers were used by two successive squadrons (30 and 31) based at Piva Bomber strip, Bougainville in the Solomon Islands.

MOTAT’s Avenger was one of two sent to Fiji in 1944 for use by the Communications Flight in Nausori, Fiji. After the War it was used as a target tug (for firing practice) at the Ohakea Air Force Base, and was later sold to Barr Brothers to be used as a topdressing aircraft but was never used that way. The Rotorua City Council donated it to MOTAT after it had outlived its use as playground equipment in Kuirau Park. It is one of four surviving Avengers in New Zealand.