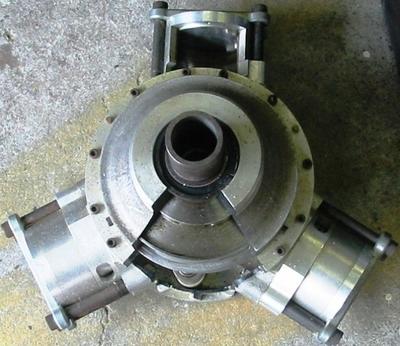 Brief History
The Smitkin engine was invented in Auckland by Roger Smith and Graeme Jenkins, stemming from an idea Roger Smith first worked on in the early 1990s. Initial testing of the engine in the late 1990s prompted a lot of interest both in New Zealand and overseas, as it promised to be lightweight, cheaper to build, with no running vibration, significantly better fuel consumption than conventional engines and an almost equally significant decrease in emissions.
The Chinese firm Sichuan Donghua Machinery Works were brought on board to bring the engine to production, however during testing overheating became a problem that the team couldn’t solve and as a result the engine didn’t make it into final production.