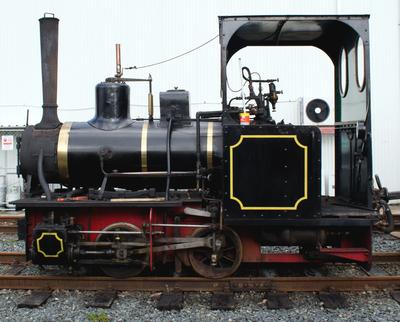 Brief History
This locomotive was built by Orenstein and Koppel with the makers number 1411. At 5 tons, the locomotive was affectionately known as "Bertha" and was the smallest 3 ft 6 inch gauge steam locomotive to operate in New Zealand. Bertha was built in 1904 as a 1' 11½" (600 mm) gauge locomotive, one of 3 bought by the Northern Coal Company's railway at Waro for use in the Hikurangi and Waro areas north of Whangarei. It worked there until May 1913 when it was bought by the New Zealand Cement Company (formed in 1901) to operate within the quarry on Limestone Island located in the Whangarei Harbour. Five years later in 1918, the company restructured and NZCC became Wilson's Portland Cement Company and Bertha moved to Portland. During the shift, Bertha was re-gauged to the New Zealand standard of 3 ft 6 inches. It worked for a number of years on Wilson's large industrial railway, mostly on the wharf run. In 1957 it was donated to the Old Time Transport Preservation League before coming to MOTAT. It is currently undergoing heavy boiler repairs. 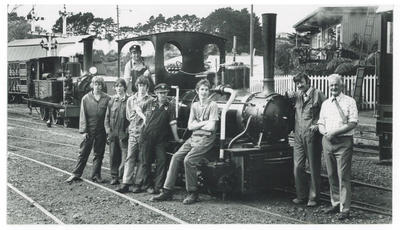