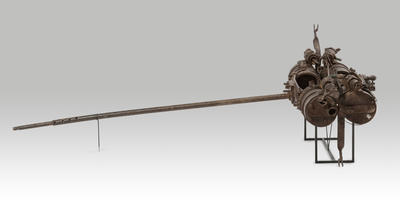 Description
Believed to be pieces of one of the first aero engines created by Richard Pearse. Comprises of the crank with four pipes at the end. Metal tubes with smaller metal pipes connect to the centre mechanism, which is also attached to the crank.