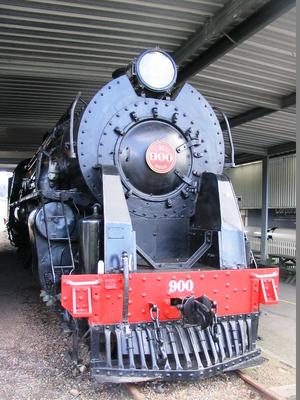 Brief History
Locomotive K 900 was built in 1932 at the New Zealand Railway's Hutt Workshops and was the prototype of the K, Ka and Kb class locomotives. From the 1930s until the 1950s locomotives the K class were used predominately as heavy freight and express passenger trains, until the introduction of the Da diesel class locomotives. K900 combines American and British railway engineering with New Zealand innovation. The design allowed the locomotive to tow bigger loads than any of the earlier New Zealand locomotives, within the limits imposed by New Zealand tunnels, bridges and trackside structures. Designed by Mr R J Gard, the "K" Class locomotive was a locomotive with a Tractive Effort of 30,815 lbs., yet had an axle loading of only 14 tons to fit within the restricted confines of the NZR loading gauge. It was the largest, non-articulated locomotive seen in New Zealand up to that time. K 900’s working life saw the locomotive first based in Auckland from late 1932 till 1952, where it was then transferred to Frankton Junction in the Waikato, after the arrival of Ja class locomotives from North British Locomotive Company in Glasgow. The locomotive continued its service at Frankton from 1952 till 1965, operating mainly in Auckland, Rotorua and Taumaranui districts. In its working life with the New Zealand Railways, K 900 clocked up 1,314,241 miles. After K 900 was written off in Frankton in 1965, it was put aside for preservation. At first, however, its weight prevented it being brought to MOTAT and it was displayed for several years in front of Pacific Steel in Otahuhu. On 20th December 1975, with the help of Choysa Tea, it was delivered to MOTAT.

Related topics
The Arrival of a MOTAT Icon 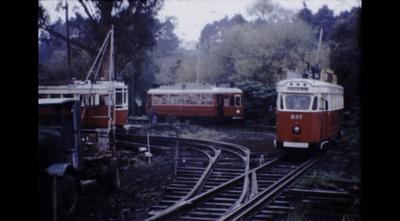