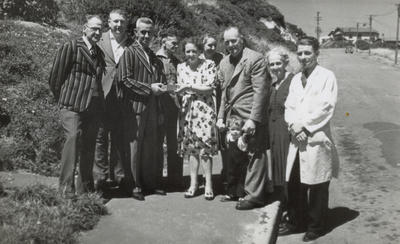 Description
Photograph of Jack Garrett and other Auckland tramway cricket players and officials presenting a Maori carved cigarette box to Mr and Mrs Tom Russell, who offered the players morning tea while they were in Wellington. The box was carved by ex-colleague George Smith on the train down to Wellington from Auckland. The team were travelling to Christchurch for the Laughlan Cup competition.

Marks
"Presentation of cig. box carved on tram journey to Wellington by one of our party. We had morning tea at this house while passing through Wellington. Mr & Mrs Tom Russell." -caption on verso. Hand-written 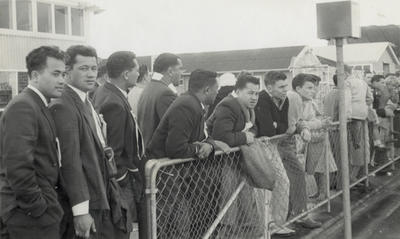 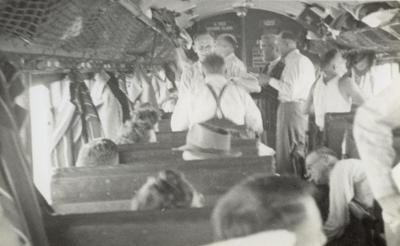 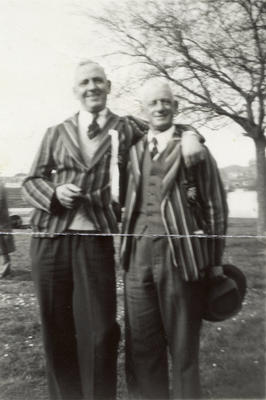 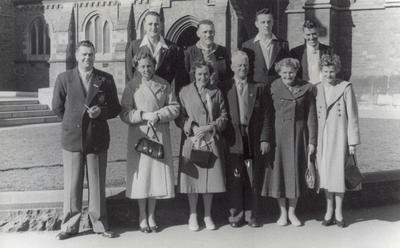 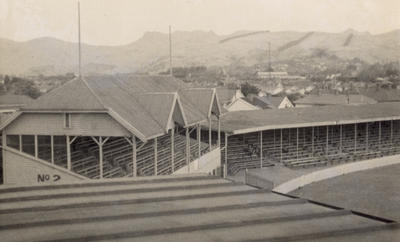 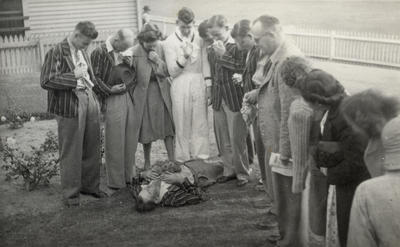 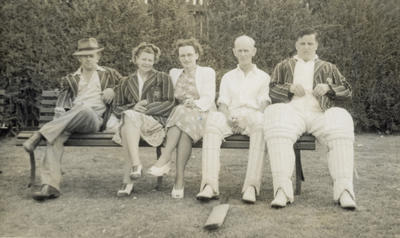 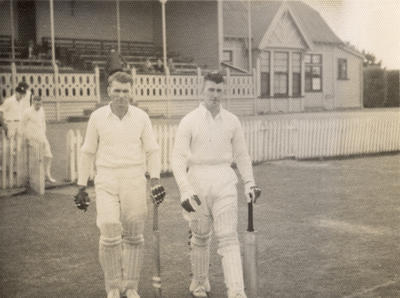 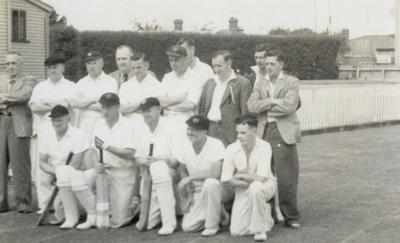 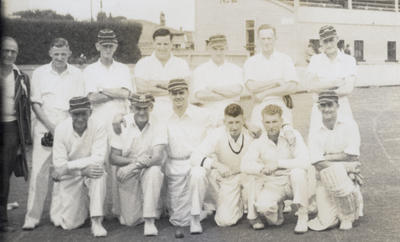