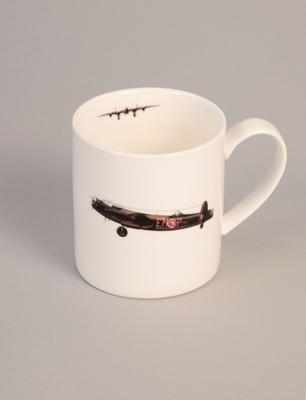 Description
White, straight sided ceramic mug. Profile of an Avro Lancaster printed on the front, with text about the Lancaster on the opposite side. Front view of aircraft inside, near the lip.