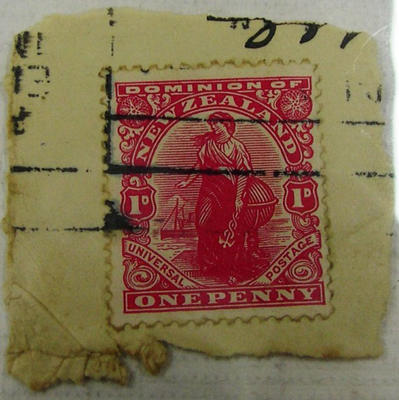 Today, people can easily contact friends and family overseas for free in a matter of seconds with email, instant messaging or video chats. However, let us look back to when it was not as easy as a click of a button and letters could take months to arrive by ship.

The story begins in Nineteenth-century Britain. Sending letters had never been standardised, and letters were originally priced by the size of the letter and distance, not by weight. Interestingly, postage was originally paid by the receiver of the letter not the sender. Depending on how far it had been sent the cost of the letter could become so excessive that people could not always afford to receive their mail, so it was returned to the original sender. For example, a letter sent in 1812 that had travelled from London to Edinburgh would cost 1 shilling and 1 ½ pence per page. For ordinary working people, this was more than their daily wage! This was also a problem for Post Offices – they provided a service, but often were not paid for their efforts.

British reformer Rowland Hill recognised these issues and hoped to standardise national postal charges. He led a campaign to prompt the Government to reform the postal system. His ideas were very popular with the public and the Government eventually acted. In 1840, the Uniform Penny Post was launched. This was the first country-wide postal rate, with payment based on weight. Any letter that weighed under ½ oz would cost just a penny (1d.).


This revolutionised the British postal service - letters were now so cheap to send that everybody began sending huge volumes of letters. The number of letters more than doubled in the first year and continued to rise dramatically. Hill was also famous for inventing the world’s first postage stamp showing that the sender had pre-paid for the letter’s postage, a revolutionary idea at the time. These were the famous Penny Blacks – incidentally why England is the only country without its name on their postage stamps. Now that letters were sent according to weight, there was now a demand for people to be able to easily weigh their letters before they were sent, so they knew which stamp to buy. Having a letter balance at home or at work became very popular.

In New Zealand, postage was never as expensive as it had been in the UK. In 1858, the Post Office Act was passed, announcing postage rates across the country as 2d. per ½ oz. Not to be outdone New Zealand Postmaster-General Joseph Ward (later Prime Minister) campaigned for New Zealand to launch a Universal Penny Post. From New Year’s Day in 1901, any letter under ½ oz, whether it travelled across the country or to international borders such as the UK, it cost exactly the same!


Like in the UK, the New Zealand Post Office was very concerned about losing revenue due to the drastic cuts to postage costs. However, they needn’t have worried – the Penny Post was extremely popular and mail volumes increased sharply, with 13 million more letters sent in the first year of the reform.

The most common style were Roberval letter balances. The letter was placed on the flat tray on one side, with weights placed on the other until the pans were level. Some examples of these scales had the postage rates inscribed on the metal.

Balance T5793 was made in England, but has no manufacturer listed, and Balance 2010.799 has no markings. This style of balance often had no maker’s marks. From a catalogue by W. & T. Avery, a prominent British scale manufacturer, there is an illustration that is very similar to MOTAT’s versions.

Letter balances continued to be used regularly in New Zealand, and are still used today, albeit in digital form. Scale 2005.106 is an example of a spring letter balance which was used by the Auckland Council’s Mail Room in the 1950s. Spring balances are much quicker and easier to read than the Roberval style.  You placed the letter or parcel on the tray and then the weight shows up on the dial. This scale was likely to have been in high demand!

When was the last time you sent a letter to someone? Whenever I receive a hand-written letter, it feels personalised and special, because they are so rare to receive these days. Perhaps it is also down to the effort the other person has made to write and send it off, and the fact that it doesn’t arrive instantaneously.

Postage today is still very cheap. Within New Zealand it only costs $1.30 to send a standard letter and just $2.60 to send it worldwide. Why not brighten someone’s day and write them a letter today?

Citation
Entwistle, Robyn. 2020. Redressing the Balance – A Brief History of Letter Balances and the Penny Post. New Zealand: The Museum of Transport and Technology (MOTAT). 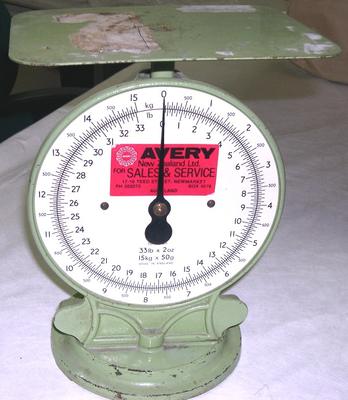 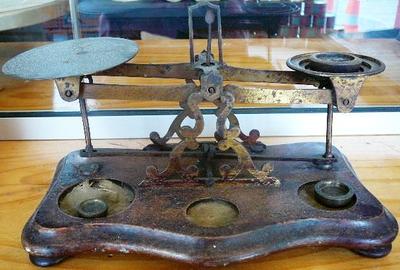